Experience the summer of your life

THE STUDENTENWERK FREIBERG TAKES YOU ON A JOURNEY...

If you want to travel with the Studentenwerk, this is possible during the summer semester holidays. For over ten years we have been offering a language course in the Russian Federation: the trip goes to Chelyabinsk in the South Urals. There you can get to know a (maybe still) foreign language, another culture, Russian hospitality, high mountains and deep forests.

The summer language course is intended as an exchange. That means: you will welcome Russian students in Freiberg in July and if you feel like it, you can take part in some events of the language program.

When you leave for Russia at the end of August, you will be ideally prepared for the trip, have befriended your hosts and have refreshed your Russian. Maybe this is the first time you have come into contact with the language and the people from the multi-ethnic state - our travel offer is a good introduction to the Russian language and culture.

The City of Chelyabinsk

Chelyabinsk (also known as Chelyabinsk) is the capital of the same named region of the Russian Federation and lies on the eastern slope of the southern Urals, 1919 km east of Moscow, at 228 m above sea level. The difference to German time is plus three hours. In terms of population (1.13 million inhabitants - 2010), Chelyabinsk is one of the ten largest cities in the Russian Federation and the third largest city in the Urals after Ekaterinburg and Ufa. The city is of regional importance as cultural and educational center of the South Urals with one state, two technical and one pedagogical university, one medical academy. Several theaters and museums can be found here as well. 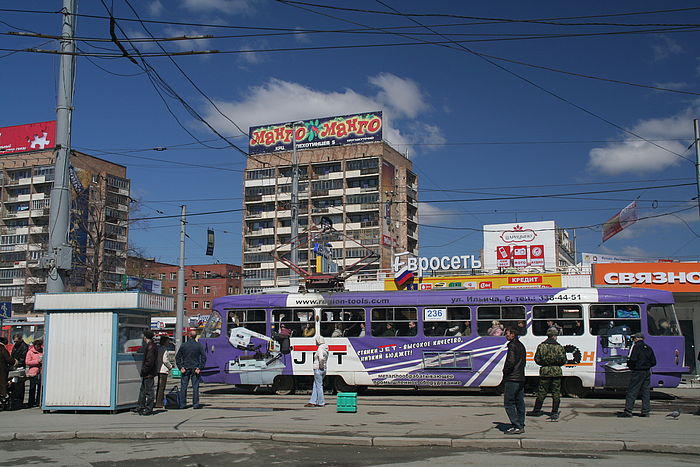 For the trip to Chelyabinsk we offer two travel alternatives.

A) Flight: from Dresden (or Berlin) via Moscow to Chelyabinsk.

B) Flight & train: The journey also starts in Dresden or Berlin, from there you fly to Moscow, where you change to the Trans-Siberian Railway at the station Moscow-Kazanskaya. The train makes a few stops, but without passengers having to change trains, all the way until it arrives at Chelyabinsk Central Station about 36 hours later. The train is a modern passenger train with sleeping compartments and a bistro car.

There are 4 or 6-person cabins reserved for you, each car has a samovar to provide hot water. During the stops it is possible to buy food and drinks at the platforms, but a small supply of food can't hurt.

There is enough time for shopping in Moscow, there are eight hours between landing at Moscow Domodedovo airport and departure at Kazanskaya railway station. 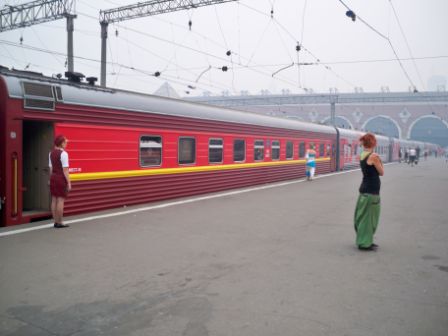 A) Flight: approx. 950 Euros for students of the TU Freiberg and the University of Applied Sciences Mittweida (for others, extra 100 Euros will be charged)

B) Flight and train: approx. 1150 Euros for students of the TU Freiberg and the University of Mittweida (for others, extra 100 Euros will be charged).

In both variants the following services are included:

In addition to the offered program you can book some other offers, e.g. an overnight stay in Yekaterinenburg and overnight stays on a multi-day trip to a national park. The costs have to be payed by yourself, but are student friendly and between 15 and 30 Euros.

On the way back to Germany there is the possibility for a short stay in Moscow. You can explore the city for two or three days, visit the attractions of the metropolis on the Moskva River and be part of the 11 million inhabitants city for a short time.

IMPORTANT! This won't be an all-inclusive club holiday a lá TUI. For those who are used to stay only in *** hotels during their holidays, this trip is not advised. For all others incomparable impressions and unusual experiences wait.

The trip requires an invitation from our partner university in Chelyabinsk. This is a prerequisite for the visa, which must be applied for at the Russian Consulate.

For this you need the following:

The Studentenwerk Freiberg prepares the documents for submission to the consulate. Before the start of your journey, you will receive all tickets, your visa for entry into Russia and a comprehensive travel plan.

The accommodation in Chelyabinsk takes place in a hall of residence in the middle of the city in two or three bed rooms. The rooms are clean, tidy and have a modest luxury compared to those for Russian students. There are no own kitchens in the rooms, instead they are located on the each floor. They are equipped with a small basic set of dishes and cooking tools, it is recommended, however, to bring (like on a tent vacation) a cup, plates and cutlery. The halls of residence are equipped with washing machines, and for the small laundry, we advise to take clothes pegs and a small rope. Detergent can be bought locally. 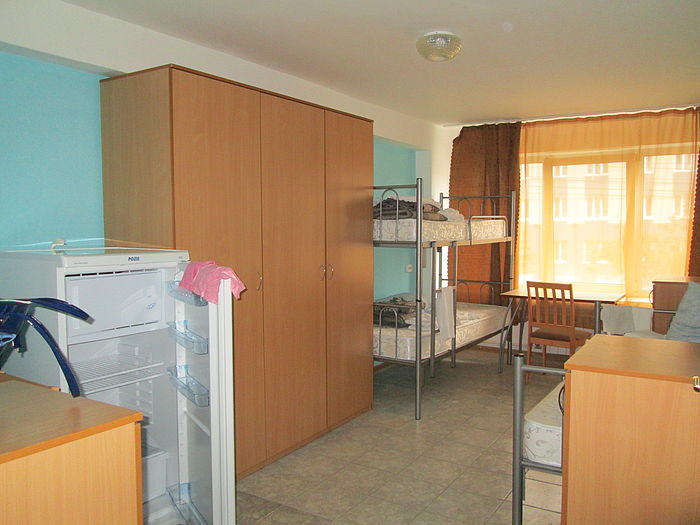 The price also includes lunch from Monday to Friday. Lunch is simple, but tasty. Usually consists of soup, main course and sometimes even a dessert. On mornings, evenings and on weekends you have to provide for yourself. There are supermarkets, smaller shops, pizzerias on every corner, almost all of them are open around the clock. The food prices are a little higher than in Germany, but the Russian supermarket offers just as much as Kaufland and Co. 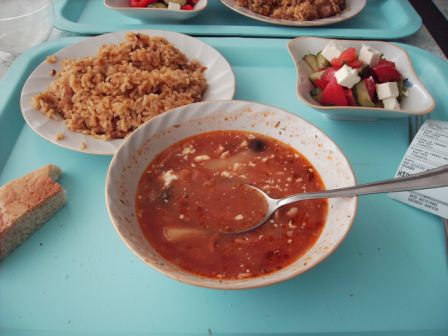 The language course takes place on weekdays from 9 am to 12 pm. It should help to bring the forgotten knowledge back "to daylight" or to teach something new. Basic knowledge in reading and writing the Cyrillic letters is of course an advantage, but not a mandatory requirement to participate in the course.

For those who already want to prepare a little for the journey, here is a short introduction (avaliable in German): 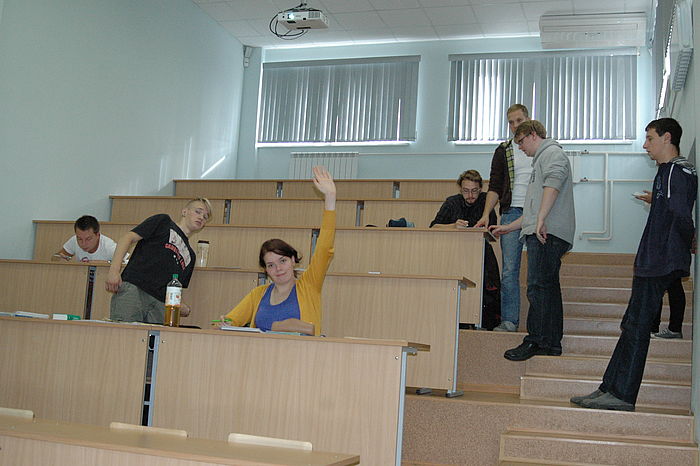 In addition to the language course we offer an interesting cultural program: excursions in Chelyabinsk, in the Urals, to various national parks, as well as a visit to a typical Russian company, a museum and theater.

The detailed program is compiled by our partners from SUSU, who also organize the supervision and implementation of the language course. 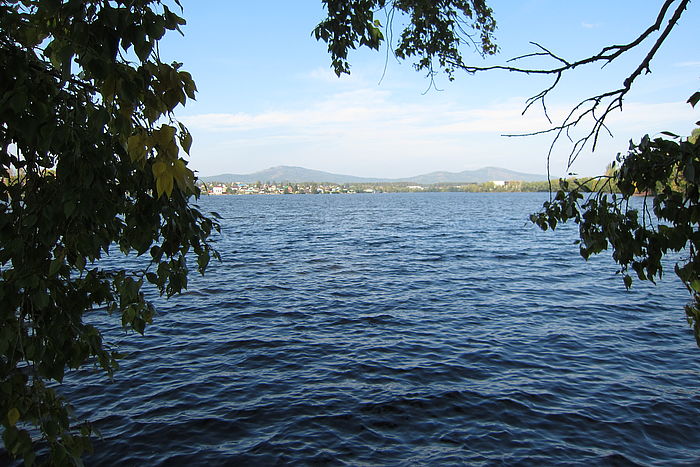