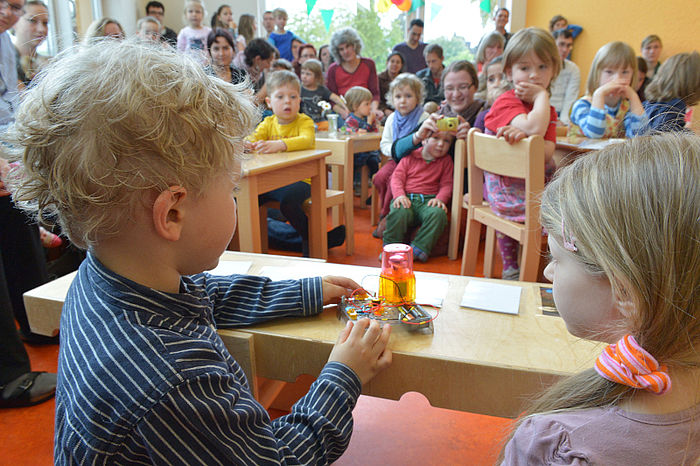 Both houses, the Kita Campuszwerge (since May 2014) and the Kita Hornmühlenweg (since January 2015), are called "Haus der kleinen Forscher" (Little Scientists’ House). This is of course a matter of honour for a day nursery that mainly looks after children of students. In a small ceremony, the certificate was handed over and the children proudly showed what experiments they are currently carrying out.

Under the guidance of scientists, the educators acquire the basic knowledge of the respective experiment topic and then pass it on to the children, of course always in a playful context.

If you want to know more about the "Little Scientists’ House", you can ask at the nursery or read more here.